Modeling of natural phenomena and processes such as behavior of water surface with splashes, forming of ocean waves, smoke and clouds is an intriguing and challenging task. In order to visualize them in realistic way in real time we need to employ simplified physical models, as well as non-physical approach. Special algorithms utilizing capabilities of modern Graphics Processing Units has to be developed to achieve desirable speed of both simulation and animation. We have implemented algorithms for visualization of fluid flow, based on continuous models in which simplified Navier-Stokes equations are solved. We also use particle methods as well as cellular automata for evolution and visualization of clouds. Non-physical models have been adopted for ocean waves simulation.

Turbulent flow through the dam visualized in real time 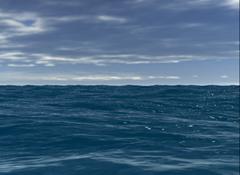 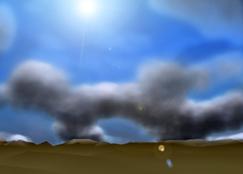